Taco Bell  launched an APP that let’s you customize your order, Browse the Menu and select a pick-up method when you arrive and check-out with a credit card. The app also includes a feature dubbed “rotate to reorder,” which pulls up past orders when a phone is held horizontally.  The messaging for the campaign is ” Customers can now order tacos, burritos and chalupas from the chain’s new mobile app.” A social media stunt with no messaging on Taco Bell’s Social Media Accounts and a twitter handle of @Totally not there, created astronomical buzz for the app. 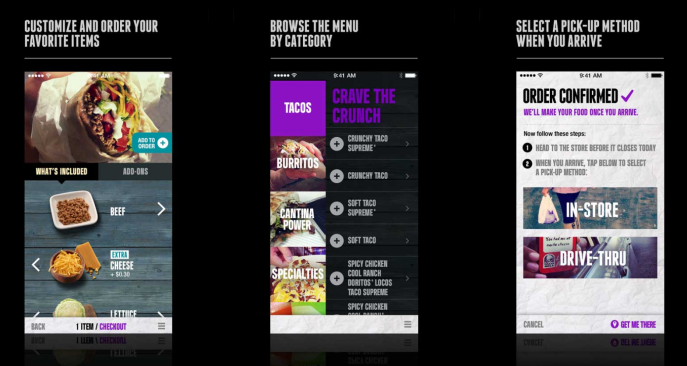 Taco Bell has earlier launched the Snap Chat campaign. A 15 Sec TV ad promoting app downloads has been created to support the launch.

Starbucks has launched a Mobile App in 2009 which has over 8 Million users now, with over four million mobile payments per week.