With over 1 Billion users for Android devices, app discovery and engagement are critical for the success of an app on Google Play. With App Promotion, an existing product from Google, the search ads for Mobile Apps appear next to organic search ads. Google will now bring the expertise to the search ads that appear on Google Play, that will drive the awareness for an App while making the users aware of new App launches.

Some of the Best Practices for App Discovery and Engagement require app advertisers to clearly define the App Category and use a descriptive title. Mobile Search for Apps are usually based on the title of the App. therefore, it is important to communicate the category that your app is linked to.

The App description and the visuals are important to engage the users. The screen shots are important to communicate the user flow and help you create a user experience which is likely to get your app ranked higher. The users often look at new apps linked to Top Charts that help users decide the apps they would like to install.

The Android devices account for dominant market share with Android Smartphone shipments accounting for more than 81 percent of all shipments globally, in 2014 according to Statista.

Games is the most popular app category based on App Device installs. If you are looking at publishing your app, here is a guide for Finding success on Google Play published by Android Developers. 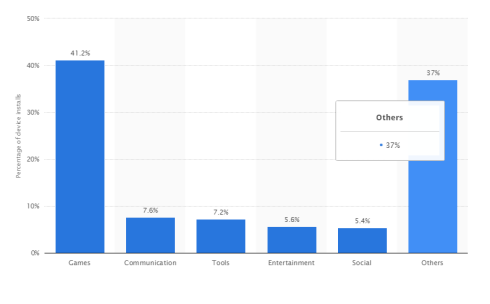 The search ads on Google Play will roll-out as a pilot test  for App advertisers already running Search Ads campaigns.

Mobile Search Ads help audiences view ads for products in addition to organic search results and have so far accounted for 88 percent of clicks incremental to organic clicks. Here is an infographic that gives a break down of clicks for each vertical. 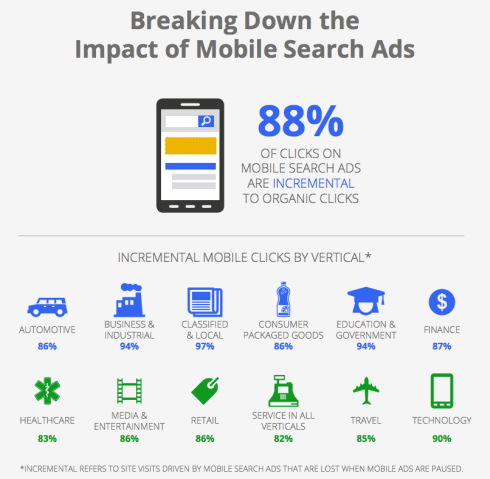