According to Nation’s Restaurant News, McDonald’s Corp. will launch its highly anticipated All Day breakfast on Tuesday, October 6, although it’s already available in many markets. The All Day Breakfast launch has been trending on Facebook. The conversation centers around the launch markets availability of McMuffin (sausage and/or egg)  Sandwiches or biscuit Sandwiches, and as NRN reports, The geography of biscuit popularity is not surprising. McMuffins rule in most of the country, except for a Biscuit Belt through Appalachia, from West Virginia through the Carolinas and Kentucky and down through most of Arkansas and Louisiana.  Asides from the top stories trending about the products, the Social Media Buzz for all day Breakfast is noticeable, with over 67 Million impressions on Twitter over the last one day. 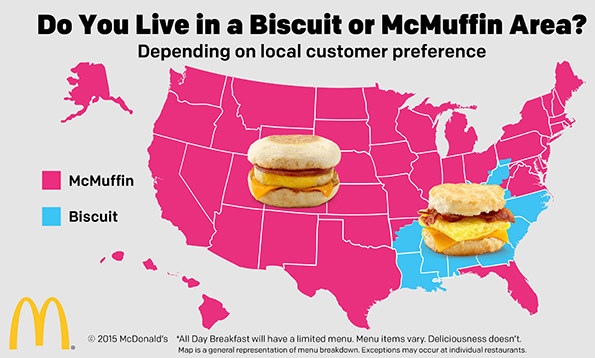 McDonald’s has generated social media buzz with posts and TV Adverts that announced the launch of All Day breakfast with hashtag #AllDayBreakfast. The launch ad spots for All Day Breakfast that started airing earlier in October, are from Leo Burnett thereafter, the work switches over to three weeks of spots from DDB. McDonald’s will also air spots from three multicultural agencies: Alma, Burrell and IW.

McDonald’s U.S. Chief Marketing Officer Deborah Wahl, who has called the rollout “the people’s launch,” spoke with Ad Age about the various aspects of the campaign.

“It really is one of the biggest platforms that we’ve launched in quite a long time,” said Ms. Wahl, listing everything from taking the Twitter messaging into TV spots to partnering with Threadless to allow consumers to create t-shirts, bags and other merchandise with All Day Breakfast themes. “It shows the breadth of what we’re working on here and the fact that we think there are a lot of people who are going to engage on everything.” 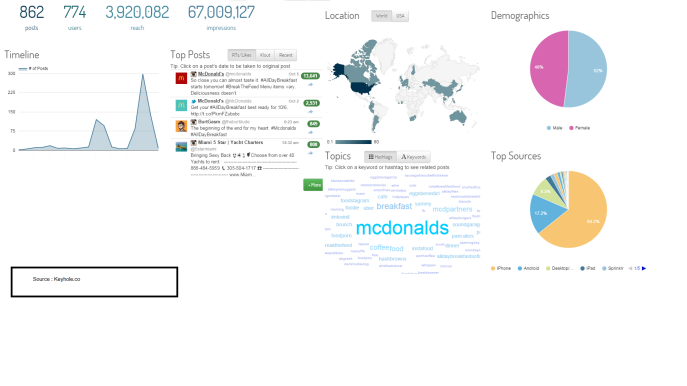 #AllDayBreakfast is coming to the Greater Washington, D.C. Area 10/6! Check out our local menu… pic.twitter.com/OJH6flyJmP

It doesn’t matter how we did it, what’s important is that it’s here. #AllDayBreakfast Now, join the celebration. pic.twitter.com/62flgZnRcn

Cross-promote your message across social networks in time for the launch. McDonald’s has integrated Tweets within Television spots to create awareness for the All Day Breakfast using appropriate hashtags and references to Emoji.

Find the unique value that your new launch is bringing to your audience, and use the right time to promote the message.

Today's the last Tuesday you ever have to go without Hotcakes all day. #AllDayBreakfast launches a week from today! pic.twitter.com/S1Nm0i93Hz

In just 7 days, you can start and end your day with a Bacon Egg and Cheese Biscuit #AllDayBreakfast pic.twitter.com/mOmrRnX1wa

Plan your awareness and engagement campaign with different hashtags as that can help you monitor conversations to increase engagement. Phase your advertising across networks to target audiences specific to the consumer behavior for your category on the network. Phased advertising also abets the content distribution and sustained campaign buzz across networks.