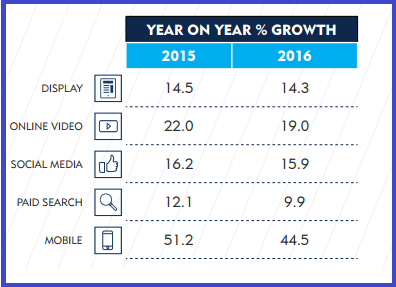 Mobile Video is fast emerging as the most engaging video ad format.  According to Carat’s Ad Spend Report 2015, Mobile and online video are the key drivers of social media advertising revenue growth, where mobile in-app video ad placements are likely to grow at a faster rate than mobile web browser-based advertising.

To focus on mobile consumers, and to  create newer viewing experiences, Facebook has announced new Video tests that allow users to view videos with greater flexibility. Asides from rolling out immersive video formats, where the users can share live videos with their fans and a 360 degree viewing, Facebook is now testing, video  floating on a screen while simultaneously multitasking on Facebook.  Facebook will place videos saved for viewing later in “Saved” bookmark and plans to introduce an icon for Facebook iPhone App “Videos” where the user can view videos the user saved for later, or videos from friends, Pages they follow, and other video publishers on Facebook.  .