According to Kinetic Social report for Q3, 2015, based on 2.7 billion impressions, the leading trends for advertising on Facebook and Twitter are: 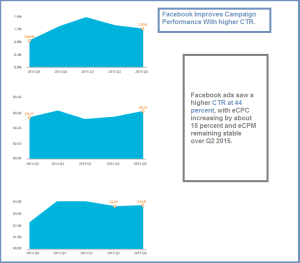 Twitter’s video ad product has become increasingly popular. Twitter was popular choice for advertising with USD 0.10 average CPV for campaigns utilizing video in Q3, 2015 with Telco seeing the lowest CPV at USD 0.05 and CPG at USD 0.07. 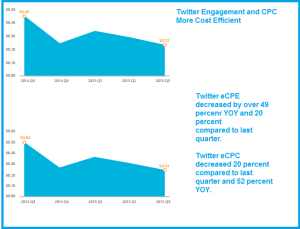 Facebook’s  Video ads continue to have the lowest eCPC for the 5th quarter straight, highlighting the efficiency of video buys on Facebook. 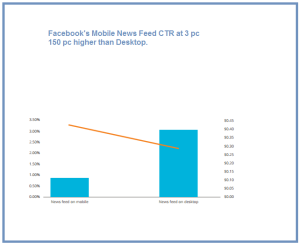 For Facebook, The CPG vertical had both the highest CTR and lowest eCPC for Q3, highlighting the continued efficacy of CPG advertising on Facebook.Facebook Carousel Ad units that allow advertisers to showcase multiple images within a single ad unit, have shown a 10x increase in link click CTR when compared to non-carousel ad units. Facebook carousel Ad units are available for Dynamic product ads that allow retailers and advertisers to promote multiple products within an ad or multiple images for a product or a brand campaign. 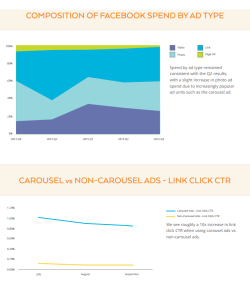 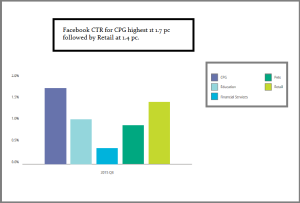 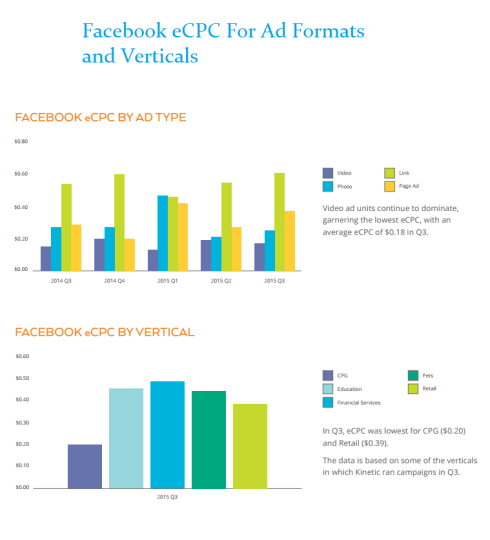 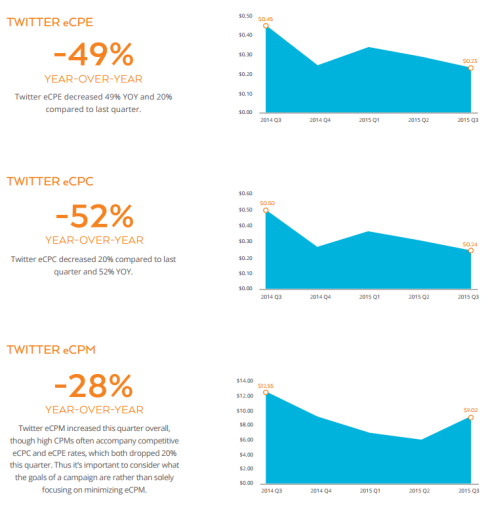