According to Piper Jaffray’s  recent survey among 9,400 teens ages 13 to 19, with 56 percent males, with an average income of USD 68,000, Instagram and Twitter are the most important social networks. Although a survey from Pew Research claims that Facebook is the most popular social network with the teens. The difference in survey findings could be on account of the income demographic. The Pew report showed 41 percent of those polled described Facebook as the site they use most frequently, followed by Instagram with 20 percent and Snapchat at 11 percent. The incidence of Social Media is extremely high, with 72 percent of all teens spending time with friends via social media and with 23 percent doing so daily. Messaging Apps are used by 42 percent of teens.

Nike remains the most preferred clothing brand with Amazon as the top online retail site with as high as 38 percent teens preferring Amazon up from 32 percent last year. 74 percent of teens expect their next phone to be an iPhone vs. 72 percent in the spring survey.  Netflix and YouTube are the Go-to Market media channels for targeting the demographic as the time spent on the sites equates to 59 percent versus traditional TV at 29 percent. 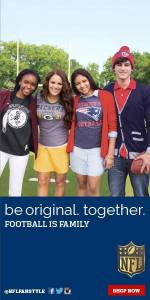 Video Chatting is another important phenomenon. for targeting teens your campaign should build in the visual component at the program design stage. AEO’s E-gift card lets you personalize the greeting with a video making for an engaging experience.

Instant messaging plays a key role in their lives with 27 percent messaging daily and creating campaigns that engage audiences on IM apps can create TOM recall with the audience. Using  Snapchat and other preferred apps brands can create TOM awareness for their products.

Everything you need to know in order to grab Taco Bell breakfast before 11:00 a.m. on our #Snapchat story now. pic.twitter.com/GCGyMVY8vg

Why should you date someone who loves Taco Bell? Find out on our #Snapchat story. (Username: TacoBell) pic.twitter.com/xRUWdgVl3S

YouTube and Netflix are the preferred media sites. Campaigns that build in the media behavior of teens are likely to get the desired audience reach.