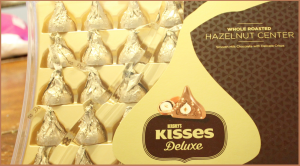 Hershey’s Kisses Deluxe launch was timed to market for Holiday Season when shoppers are looking for Gift ideas that will help them express themselves.

“KISSES DELUXE Chocolates are the deliciously thoughtful way to show your affection this holiday season to those important to you,” said Melinda Lewis, Senior Director for the HERSHEY’S and KISSES Franchises. “We were inspired by our own fans who were looking for an exceptional gift to communicate their feelings. KISSES DELUXE Chocolates are a premium option from a brand that has supported holiday traditions for millions of American families over the years.”

According to a survey conducted by Wakefield research, in September 2015:

Considering the week of Christmas, is the largest for Candy sales, Hershey’s Kisses Deluxe launch gave gifting ideas for consumers generating significant buzz. Last Year, as high as 6.4 percent of all candy sales took place between December 20 and New Year’s.

Hershey’s Holiday gifting landing Page targets gift givers with clear segmentation that is based on the end use, with a content experience that gives Holidays Ideas, and crafts such as wallpapers and gift tags to engage the audience. The Say More campaign with Free Giveaways targets different audience segments for Gift Ideas  with a store that features unique Gift Packs. 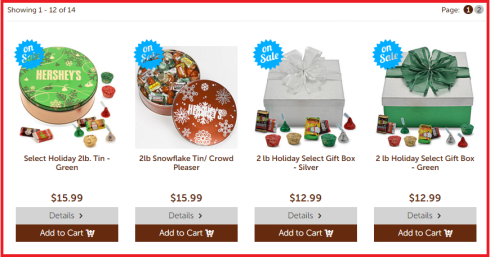 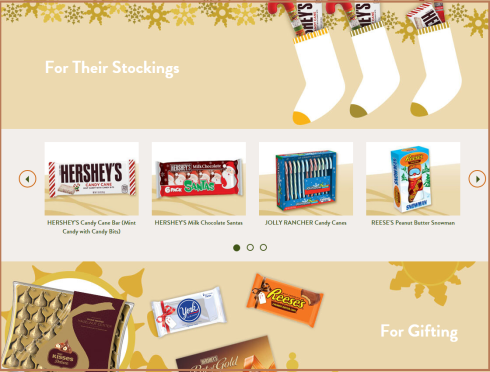 Hershey’s Kisses designed Content experience based on Brand Content strategy that engages audiences with all that matters during the holidays. The Content that was devised to give an experience for everything that the whole family may find engaging to make holidays fun and memorable. Right from recipes for Cheesecakes to S’Mores Pops for camping out to DIY craft ideas. The social media posts were timed to season when audiences are most likely to be looking for ideas to gift and indulge their sweet cravings.

For a decoration that’s as simple as it is sweet, check out this craft from @BlessedCrazy: https://t.co/wwFBxN1VdP pic.twitter.com/xO7KfaDKJx

Sometimes gifts aren’t only under the tree. pic.twitter.com/IJGleDDR6n

The Brand Site features exclusive products that are popular as well as the content experience designed to make the brand experience rewarding for customers by staying updated with products and ideas by joining the mailing list. 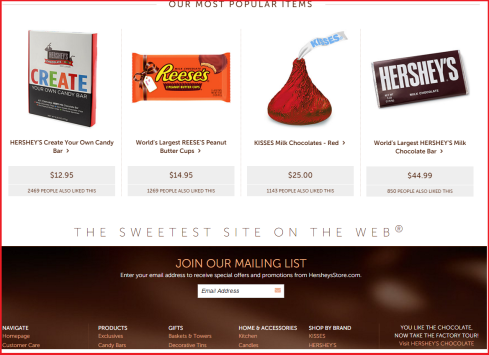 The brand campaign positioned Hershey’s Kisses as an ideal way to express gratitude for the people who matter the most. The brand campaign was based on the insight of expressing gratitude and appreciation for the people who matter the most in your lives with Hershey’s Kisses Deluxe being the token gift. The insight for the campaign is based on the research where people find it difficult to express gratitude.The research,  uncovered that a majority (85 percent) of Americans have difficulty expressing their gratitude during holiday gatherings, and nearly three in four (68 percent) struggle to find a holiday gift that accurately conveys how they feel.

Whether a token of appreciate or a grand gesture,KISSES DELUXE Chocolates let you #SayMore:https://t.co/b7rzsAcXwd pic.twitter.com/bGlsAI0dgI

Consumers visiting Hershey’s Chocolate World stores in New York or Hershey, PA this holiday season who share their appreciation and gratitude with someone special on any of their social channels using the #SayMore and tagging @HersheysKISSES will receive a complimentary KISSES DELUXE 3 piece pouch.

The campaign “#Say More” earned more than a Million impressions from more than 500 posts, with iPhones being the lead source of Traffic. Twitter Ads contributed to majority of visibility with 80 percent of posts being retweets for the campaign. 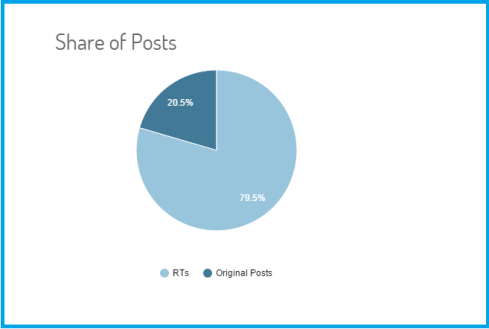