Adobe reports mobile devices accounted for about 25 percent of sales and 45 percent of visits to retail websites from Nov. 1-Dec. 22. Adobe also reports that conversion rates have hovered between 3 percent and 3.5 percent since Thanksgiving, when it peaked at 5 percent. Out-of-stock rates are 10-15 percent higher than last year, indicating that retailers appear to be shifting more sales and inventory toward the start of the shopping season Adobe says.

According to Internet Retailer, Data from e-commerce analytics provider Slice Intelligence shows that the online spending surge peaked on Monday Dec. 21, with revenues up 27 percent year-over-year. Slice bases its estimates by tracking receipts shoppers receive via email. According to Bloomberg, After getting online shoppers accustomed to two-day deliveries, the Web retailer is pushing to grab a bigger chunk of sales from brick-and-mortar stores. Amazon upped the ante this year by expanding its one-hour Prime Now delivery service to big cities. Total online shopping is on track to climb 11 percent in November and December to $95.5 billion, according to Forrester Research.

Amazon Inc. was the most dominant retailer on what Slice calls Manic Monday with 55 percent of what Slice calls “relative market share,” the percentage of a retailer’s sales versus those of direct competitors. However, apparel retailers experienced the most growth, Slice reports. Carters Inc.  grew the most of any apparel retailer, seeing a year-over-year sales spike of 273 percent. Home goods e-retailer Wayfair LLC saw sales skyrocket by 158 percent, according to Slice. ChannelAdvisor clients selling on Amazon grew sales 18.1 percent from Dec. 15 through Dec. 21, down from the previous week’s 19.5 percent growth.

According to Marin Software report the key trends in Search and Mobile advertising are :

However according to comScore the key takeaways indicate that mobile and Desktop have different trends for site visits for retail with Mobile peaking on Black Friday and Desktop on Cyber Monday.

Here are some updates that advertisers can use for priming the campaigns to engage online shoppers :

According to comScore the top featured video properties and ad sites for reaching online viewer are Google Sites, driven primarily by video viewing at YouTube.com, ranked as the top online video content property in November with 174.5 million unique viewers. Facebook came in second with 90.5 million viewers, followed by Yahoo Sites with 61.2 million, Vimeo with 56.5 million and VEVO with 44.2 million.

According to Salesforce.com based on eMarketer estimates, In 2016, mobile advertising will account for more than 50 percent of all digital spending for the first time. Mobile Video in Display will account for USD 3.94 Billion and InApp advertising on Mobile is likely to grow by USD 10 Billion. With the increasing amount of time spent on Social Network Apps and Entertainment apps Mobile video is likely to be the key advertising tactic. Video viewing according to research shared by Salesforce, increases with Income levels. 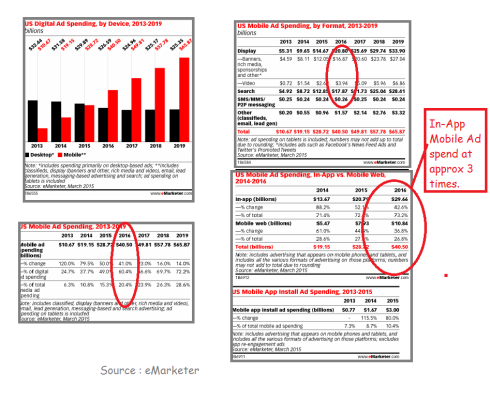 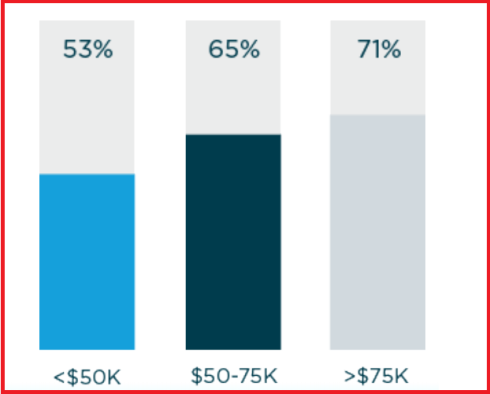 Adobe Digital Index predicts PLAs will constitute 30 percent of paid clicks in the fourth quarter of 2015. According to Channel Advisor, With their images and clearly marked prices, PLAs appeal to today’s visually driven online shoppers. And because the PLAs power Google Shopping, Google’s comparison shopping engine, PLAs attract consumers who know exactly what they’re looking for and are ready to buy.

Advertisers optimized campaigns for Keywords to gain clickshare through the Holiday Season.  For the Top 20 Toy keywords based on AdGooRoo’s analysis of spend for U.S. Google Desktop Text Ad activity,  7,060 advertisers spent USD 6 million sponsoring the 893 toy keywords via U.S. Google Desktop Text Ads from November 15 through December 13, while 996 advertisers spent USD 1.7 million sponsoring the keyword group via U.S. Google’s Product Listing Ads during the period. This implies that the spend on Text Ads is at about 3.5 times the spend on PLAs. This may vary for categories. 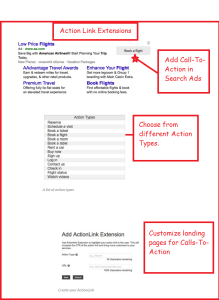 Bing Ads has added extensions to Search advertising that let advertisers add Call-To-Action and feature reviews. According to Search Engine Watch, with Review Extensions advertisers can include third-party reviews in the search ads. For example, “It was one of the best trips ever,” is a consumer review likely to be incorporated in a search ad for a travel site. Review Extensions appear only for high-quality ads with a relevant review. It is a great opportunity to showcase customer satisfaction. Review Extensions can help content marketers in promoting content that is most suited for a product where customers begin their journey online. According to Vertical Measures, Research for Home and Garden category indicates,  non-professional DIY segment substantiates behaviors of “webrooming” (shopping a product online before purchasing in-store) and “showrooming” (shopping in-store, then buying online). The higher the product price, the more likely these shoppers are to begin online. The study of DIYers indicates 72 percent of purchases of $1,000 or more involved online interfacing, with most of the activity consisting of webrooming. For product managers and retailers, creating transactional options and seeding informational content to drive purchase throughout the utilized channels is imperative.

Action Link Extensions, available to a few advertisers incorporate Call To Action in Search Ads that are easy to include in Ads.