Skittles “Root for The Rainbow” campaign featuring All-Pro Linebacker and weather-dude DeMarcus Ware and All-Pro Linebacker and weather-dude Luke Kuechly has created a mock weather forecast for the week in a lead up to Super Bowl Sunday. The game day forecast at the weather stations WCNC Charlotte and FOX31 Denver with Skittles meteorologists is expected to be sunny and pleasant, that is certain to rejoice all football fans. However, Skittles fans can expect free Skittles, if there is a rainbow on Super Bowl Sunday.

The campaign Root For The Rainbow stems from Skittles Taste The Rainbow, that builds on the customers expression of experiencing life in color, building on the multi-colored product attribute. The Offer of free skittles is promoted on Facebook and Twitter. 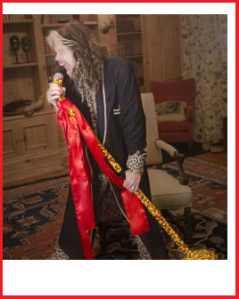 According to AdAge, The second consecutive Skittles Super Bowl commercial will star Aerosmith frontman Steven Tyler. The commercial marks the first time Skittles has featured a celebrity in a “Taste the Rainbow” TV commercial. Once again, DDB Chicago is the agency handling the work. Skittles, which is marketed by Mars-owned Wrigley, made its Super Bowl debut in 2015 with an ad called “Settle It” that had an arm wrestling theme.