Budweiser, that has earlier released a campaign for NFL playoffs with the messaging Act Like It, has a message for Super Bowl fans. The commercial 60 second spot featuring Dame Helen Lydia Mirren has a message that warns the audiences about drunk driving. Setting the message apart from, the typical drunk driving PSA, Budweiser has called on fans to #GiveADamn and protect their lives and the lives of others.

According to AdAge, “The 60-second spot by Anomaly represents the first time Anheuser-Busch has run an anti-drunk driving ad in the game since 2005, according to the brewer. That year a spot by DDB Chicago showed Cedric the Entertainer doing a designated driver dance.”

Skittles, released the Super bowl spot featuring Steve Tyler, that spins a story around Rocking the Rainbow where lips do the talking. According to Media Post “Marking its second return to Super Bowl advertising, Skittles will run “Portrait” in the second quarter. Continuing with the quirkiness factor, the 30-second as stars Steven Tyler critiquing a portrait of himself made of Skittles. The picture sings, but not to Tyler’s level of satisfaction. As the picture sings “Dream On,” Tyler insists that the picture hit a higher note. Once the note is hit, the portrait cracks, Skittles fall everywhere, but the picture still sings.” 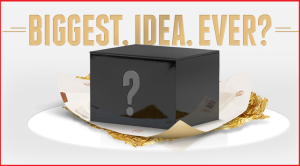 Taco Bell has released teaser spots prior to the Big Game. As reported by AdAge, the three 30-second teasers star NBA all-star James Harden; Giorgio A. Tsoukalos, “alien expert;” and Bryan Wilson, “the Texas Law Hawk.” They are each holding a green brick, which is meant to represent the mystery item.
Taco Bell also issued its second press release. It released its first redacted press release last month. Though there is wide speculation about the product from Cinnamon Twists to Mexican Pizza Crunchwrap , Taco Bell has allowed Blind Pre-order of the product.
“With respect to our fans and ___-lovers everywhere, we knew they wouldn’t want to wait to get their hands on ___,” said Marisa Thalberg, chief marketing officer, Taco Bell. “That’s why we’re inviting them to be among the first to try it a full two days before everyone else, by placing a special pre-order now. There’s just one thing: it’s a blind pre-order…requiring just a small act of faith (not knowing what it is until you pick it up) to be at the very forefront of this impending phenomenon.”Taco Bell is returning to the Super Bowl after a two-year hiatus to introduce the new product. Taco Bell is ready with a Super Bowl campaign that weaves an interactive experience ahead of a new product launch. The product launch was announced with a “Redacted Press release”.

According to AdWeek, “The new 30-second campaign promises to be one of the taco chain’s “biggest launches to date,” and some are speculating the new menu item could be a Quesalupa—a cheesy chalupa. This isn’t the first time Taco Bell’s marketing has built mystery around a product.”