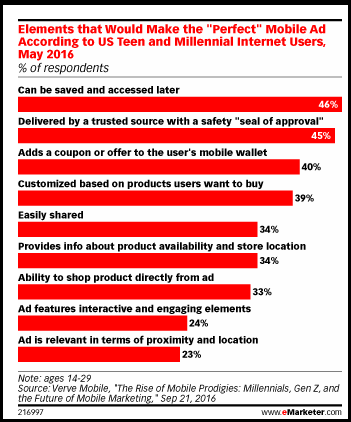 According to eMarketer research based on Verve Mobile survey among 3000 respondents, aged 14-29 years old, here are five surprising findings:

Nearly a third of the respondents wanted the ad to be easily shared. The ease of sharing the ad came out to be as important as the ability to shop directly from the ad.

Nearly 39 percent said they wanted the ad to be customized for products that they buy whereas fewer 23 percent wanted the perfect ad to be relevant in terms of proximity and location. 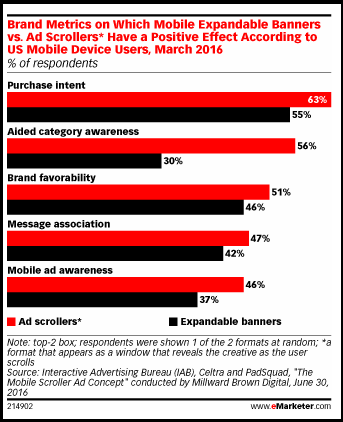