Prime Day proved to be a big hit for Amazon with sales increasing 3X for Amazon Devices in the US. The second annual Prime Day was the biggest Sale day ever for Amazon. Amazon  announced in a press release customer orders surpassed Prime Day 2015 by more than 60 percent worldwide and more than 50 percent in the U.S.

With a pre-sale online deals announcement, Amazon created a Sales Hype for Prime Day. On the sale day, Amazon offered Lightning Deals that proved to be a major draw for existing and new customers. Amazon Fire TV Stick was Amazon’s best-selling device globally on Prime Day saw a price cut of nearly 50 percent as a Lightning deal.

According to the press release, Small businesses and sellers on Amazon offering deals to Prime members saw orders nearly triple year-over-year on Prime Day – both worldwide and in the U.S. For Alexa Exclusive deals, including non-prime members a USD 10 discount was offered on a purchase over USD 20 made through an Echo, Dot, or Tap device.  Amazon saw one deal purchase being made every second by the Prime members. With better prices, Amazon Prime customers saved almost double the amount of savings in Prime Day in 2015.

Among other notable facts, the more important trends are the use of mobile app among existing users where the orders on the app exceeded last year’s orders by 2X. As many as a million customers used Amazon Mobile App to check deals. Amazon’s Prime Day Sweepstakes received 2 Million entries for Prime Photo Sweepstakes.

Offer New products and services. Amazon’s Video Streaming added newer releases that Prime Members could stream exclusively that brought in Prime users to access the content on Prime Day and encourage App opens. With unlimited Video Streaming, users are encouraged to open apps. Exclusive offers that are promoted with special Prices such as Lightning Deals on a sale day  get a higher take-up rate. The deals announcement prior to the sales event and as Lightning deals proved to be a big draw.

Create a Win-win with Deals

Amazon’s Prime Day provided better savings in comparison with the last year’s sale. Prime Day was a great savings day too – members globally saved more than double on deals over Prime Day 2015. Offering value to customers with  sign-up deals brings in value seekers. Promoting your offers and products and up-selling can bring in increased revenues. Sale Day events are targeted at increasing the subscription service base, however to increase revenue from the subscribers, retailers need to look at revenue generation post the sale day event.

Include Deals and Offers On Staple products

New offers, game-changing products, Free Trials and Prizes and contest prizes can bring in new sign-ups and increase the engagement with  your existing customers to participate in sale day events however, including deals and offers on products that are the staple of your business can increase the sales and revenue. As seen for Amazon Prime Day the biggest increase came from staple household products. 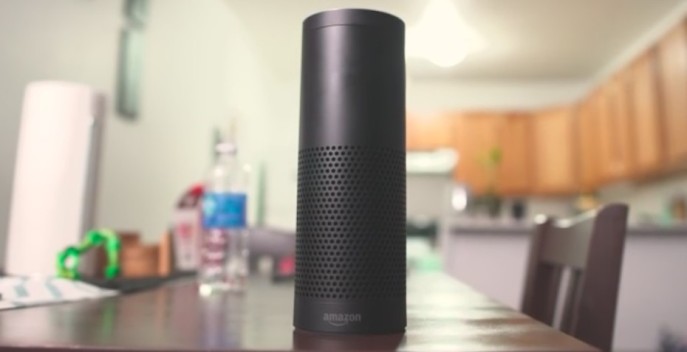 Virtual assistant Ordering brings a new challenge to the Virtual assistant space where brands were vying for conversational commands and adding skills such as making a shopping list or checking the flight status. Amazon Alexa’s Skills Kit was recently upgraded with 1400 Skills that allow users to enable Skills from Third Party Apps by simply speaking into the speakers with the command “Alexa Enable”.  “Now people who own devices like the $180 Echo and the $130 Amazon Tap can enable new skills, or capabilities, simply by saying, “Alexa, enable” and then saying the name of the desired skill. Until now, you had to retrieve your phone or tablet, find the skill, and turn it on.”. according to Venture Beat. Some of the updates on Amazon’s Alexa are:

A comparison of Google Home scheduled for launch later in the year and Amazon’s Alexa shows Amazon is far ahead in the game, though Google Home has unique features such as the synced audio playback to multiple devices.

According to an ecommerce study  among 3000 customers, Omnichannel retail is defining all stages of the buyer journey. The key findings of the study indicate:

Consumers are loyal to a brand that offers them a preferred way of fulfillment. Building your rewards strategy with offers for different shipping and fulfillment options can help brands retain and acquire customers. Walgreens has designed offers such as free in-store pick up within an hour to boost loyalty. One in Ten consumers also expect to pick up their purchases within an hour. Rewarding customers for different shipping and fulfillment options can bring newer customers. If your brand delivers or ships direct to customers, you can offer freebies such as Annual shipping waiver above a certain order size. 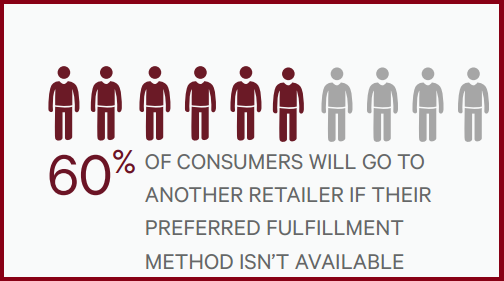 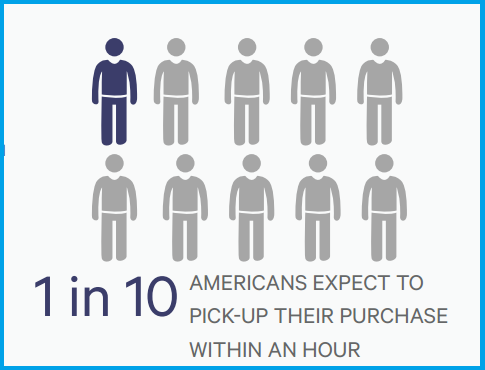 Consumers also look forward to flexible payment options, in addition to in-store pick up.Building a rewards strategy that gives customers options to pay on flexible terms as well as in-store pick up will help build a loyal customer base. Customizing your rewards for Order ahead and pay later or Reserve and Pick Up in-store will help retailers capture the interest of consumers who like to shop with the reassurance of easy repayments and in-store pick up.

Though as high as 33 percent consumers buy from retailers that offer in-store pick up, they like to buy online and have goods shipped to their address, making it important for retailers to build in shipping costs in the order value. Aeropastle offers coupons for free shipping on an Order Value of more than USD 100.

As most consumers research online, prior to any purchase, promoting rewards for options such as mobile app, can boost online discovery. Create offers that audiences are likely to respond to such as accelerated reward points on sign-up or purchases made for a limited time. 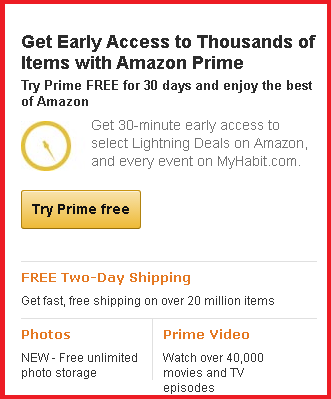 comScore has reported an increase of 13 percent with total online sales for the holiday season, reaching USD 69.1 billion, compared to USD 61.3 billion spent online during 2014 holiday season. USD 56.4 billion was spent online on desktop computers, marking a 6-percent increase versus the corresponding days last year, while online sales from mobile devices increased to USD 12.6 billion, marking an increase of 59 percent. According to comScore report, the Online Sales were highest for the Week starting December 6, the sixth week of Holiday Season. 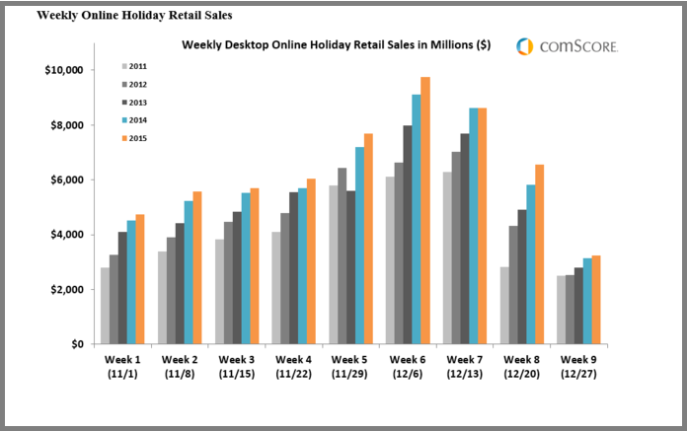 Cyber Monday was the leading Sales day, sixth year in a row, with more than USD 2.2 Billion spent on Desktop Computers alone.  Mobile commerce is estimated to have accounted for 18 percent of total digital commerce in November-December 2015, an increase from 13 percent in the previous season. Sales for the week of Thanksgiving, on average from Thanksgiving Day through Cyber Monday grew at 10 percent. 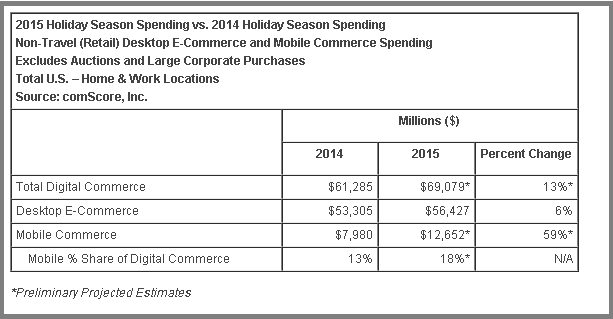 According to comScore chairman emeritus Gian Fulgoni. “Fairly early on it became clear that desktop e-commerce would likely underperform our expectations while mobile commerce was  poised to over perform, but for the most part signs continued to point to hitting that 14-percent overall growth estimate. Where the season ultimately fell short was in the last two weeks of the year, and in particular the week before Christmas. We had anticipated heavy desktop spending through Free Shipping Day on December 18th that unfortunately did not materialize, and spending began to soften more than expected by the Wednesday of that week.”

The shortfall of projected Sales Growth for Free Shipping Day could be on account of launch of services like Click and Collect, as reported by The Washington Post, Forrester Research has found this year that some 42 percent of online shoppers have used click-and-collect. Retailers need to prepare themselves for challenges of Click and Collect services, by adequately staffing for key sales events and opening convenience stores or pick-up locations and increasing distribution points. According to Slice Intelligence, Click and carry has accounted for 6.7 percent of online sales for 12 retailers.

Equally important is the role of services like Amazon Prime that offer convenience of shopping and faster and free shipping. To combat Amazon’s success with Amazon Prime, Walmart unveiled a shipping pilot called ShippingPass in May. According to  Millward Brown Digital, Amazon Prime Members  bring in big revenue, with 63 percent of Amazon Prime members converting on the site in the same shopping session, almost five times the conversion rate of non-Prime members.

According to a report, Amazon was seen as the retailer of choice early-on, with a majority of online shoppers -51 percent, planning to shop at Amazon:

More than 3 million people joined Amazon Prime in the third week of December alone, 200 million items were shipped for free to Prime subscribers, and more than two times as many Amazon devices were sold than last year during 2015 holiday season, according to The Verge and Amazon’s Press Release.

According to Marketing Land “Much has been made of online retail surging and traditional retail suffering. But that “either/or” analysis is simplistic. Among online-only players, it’s really only Amazon and a couple of others that saw significant sales growth. The rest of online shopping gains came largely from traditional retailers’ online divisions.

In other words, traditional retailers’ e-commerce operations (and Amazon) are cannibalizing in-store sales. Yet traditional retail brands and stores support e-commerce by giving consumers the confidence to buy online with the expectation that they can return items locally if they don’t work out.”

Though the Desktop Online Sales fell short of the estimate, the Mobile sales exceeded the Forecast by USD 1 billion, suggesting that the mobile shopping may be more popular for online purchases than expected. According to a report by Fierce Retail “Click-and-collect also proved popular with shoppers as nearly one-third opted for the service and a whopping 69 percent made additional purchases at the time of collection”.

Macy’s CEO Terry Lundgren said in a statement that the department store broke its own record by filling 17 million online orders during November and December. Amazon, by contrast, filled 23 million on Cyber Monday (Nov. 30) alone. The unique visitors to retail sites shows that Amazon has a lion’s share of Online retail site visits.

Although the retail online sales are on the rise, the store visits are still key to holiday shopping with 91 percent holiday shoppers visiting physical stores. According to Fierce Retail, “Online and mobile commerce may have experienced big spikes this holiday season, but 91 percent of shoppers still chose to visit physical stores.The vast majority of shoppers—198 million—visited a brick and mortar location between Nov. 1 and Dec. 25, according to the International Council of Shopping Centers (ICSC). The traffic is largely buoyed by retailers’ omnichannel efforts, including those to make stores more personal.”

Omnichannel retail efforts can be boosted for online customers by providing easy interface at a physical location and faster shipping options. Amazon recently announced Amazon@Penn, a new staffed package pickup point to be opened on the University of Pennsylvania campus. The first such facility at an Ivy League university, Amazon@Penn offers the Penn campus community a convenient location for members of the Penn Community to pick up and return their Amazon orders.