“Mobile’s continued rise speaks to consumers’ increasing reliance on smartphones and tablets, whether on-the-go or at home. And, digital video too is seeing gains that reflect a new ‘viewing’ paradigm that is taking place on interactive screens, big or small.” 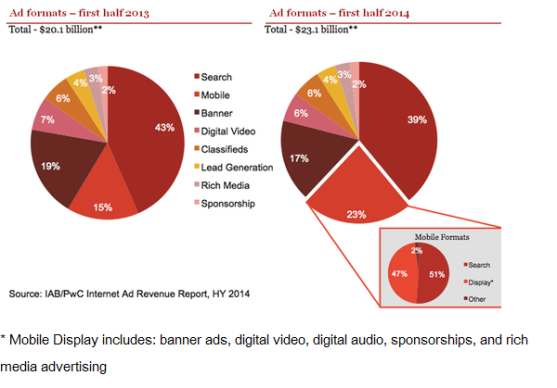 Internet advertising revenues in the United States were at USD 11.7 billion in the second quarter of 2014  Year-to-date revenues through June 2014 at USD 23.1 billion, up 15.1 percent from the USD 20.1 billion reported in 2013, according to a report published by PwC, sponsored by IAB.

“This report confirms the fact that brands are deepening their commitment to interactive advertising, and that mobile is seen as a crucial part of the marketing mix. Moreover, with second half revenues traditionally surpassing those in the first half of the year, this milestone achievement is potentially a harbinger of even stronger digital ad revenues to come.” — Randall Rothenberg, President and CEO, IAB 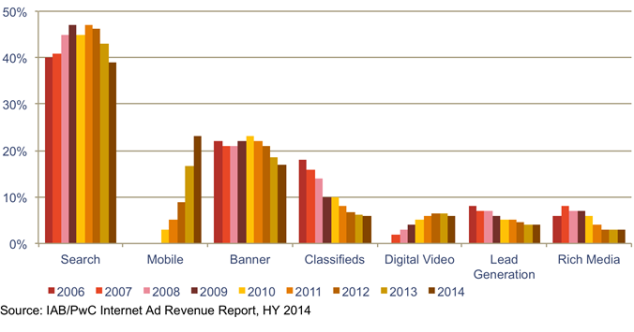 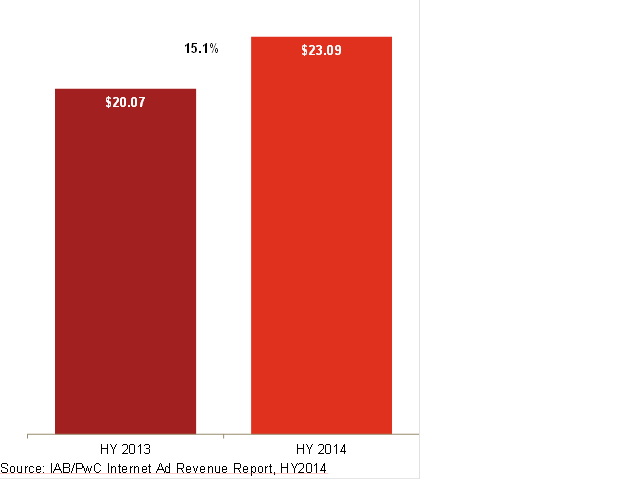