The evolving media habits with newer digital options have seen the streaming phenomenon overtake the video viewing on smartphones with at least 15 percent of the Millennials watching TV/Video on Smartphones everyday.

To understand media reach across different demographics here are Media Charts from Nielsen that help you understand Audience reached with different Media.

90 percent of Any Demographic in the US can be reached on Radio. 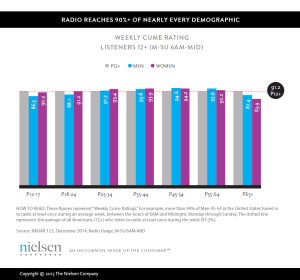 END_OF_DOCUMENT_TOKEN_TO_BE_REPLACED

Facebook Media has updated tools for Publishers to enhance the Targeting with improved insights and newer communication channels.

Interest Targeting – This will help publishers target posts to people who are specifically interested in the subject area of the post. For example, a publisher can use Interest Targeting to post a story about a sports game that will only be shown to people that like the teams playing.

This is now available to all Pages that have enabled the Targeting and Privacy setting, and is currently only accessible on desktop. 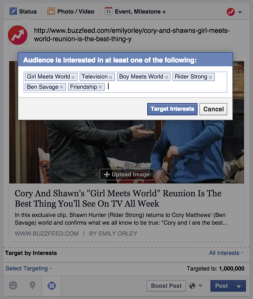 END_OF_DOCUMENT_TOKEN_TO_BE_REPLACED

As part of this, the company will establish a programmatic media buying team at MediaVest.