John Lewis revealed the  Christmas ad spot,  with a theme of sending a message to the moon with the teaser on Twitter featuring #OnTheMoon. The track of Oasis’s Half The World away is sung by Norwegian vocalist  Aurora. The music score complements the theme of the film where a little girl attempts to send a message to man on the moon. The campaign plays on the music score, and the album can be purchased from iTunes or listened for free on Spotify.

John Lewis advert last year #MontyThePenguin was viewed over 24 Million times and with a unique customer experience was the most viewed Christmas ad last year in the first 24 hours.

The trailer released earlier has a telescopic image of the moon, making a reference to an elusive theme of the film.

The story that weaves magic in the film is an accidental discovery of a man on the moon by a young girl called Lily who decides to send him a message that someone here on earth is thinking about him, bringing the message of caring upfront. The link to an experience allows for Lunar escapades, and facts about the moon.

The YouTube video links to a Shoppable Christmas offers from John Lewis. 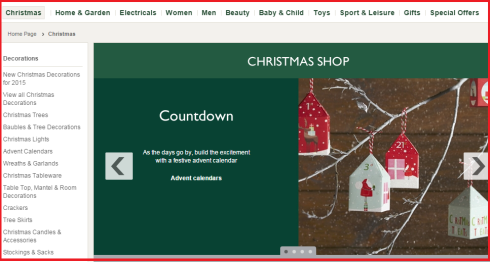