Hashtags that are trending for the holiday season can make your campaign all the required attention during the holiday season. Some of the trend analysis for the different hashtags reveals trending tags peak at different times of the day.
An App may do well with a promotion hashtag of #Thanksgiving while a Gift Coupon may do well with#Thanksgiving. Hollister Co has promoted its app with a post on Instagram and Twitter featuring the Apps unique Christmas Wishlist feature. The App has been promoted with #BlackFriday on Instagram.

“Now you can build your #HCoHouseParty Wishlist right in the Hollister App! Don’t have it? Download it now in the Google Play Store or the Apple App Store! #App #Wishlist #BlackFriday””

In fact the use of Hashtag has gone a step further with the promotion of the Snapchat account on Twitter. 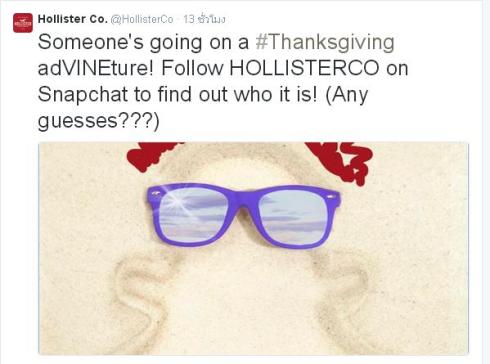 The other way of promoting your campaign is using hashtags for sweepstakes, contests and free giveaways. 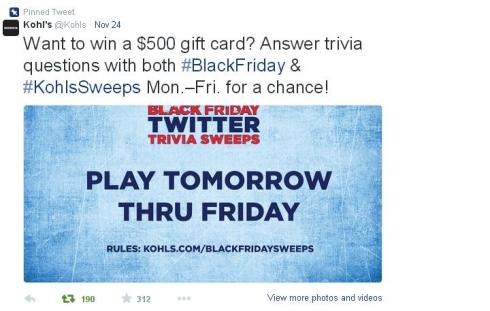 The infographic below gives the top influencers of the different hashtags as well as the top sources responsible for bringing audiences to your campaign. Android is the leading device for #thanksgiving, while iPhones are preferred for the hashtags #Cybermonday and #BlackFriday. More than 30 % of users log in from their smartphones for the different hashtags researched.